Are you using Multi-step API (MSA) monitors? Then this one might be for you. The steps of the MSA monitor are defined using the step editor, which was a visual editor only. Now we’ve added a script editor allowing you to look behind the scenes and check out the JSON that is used. 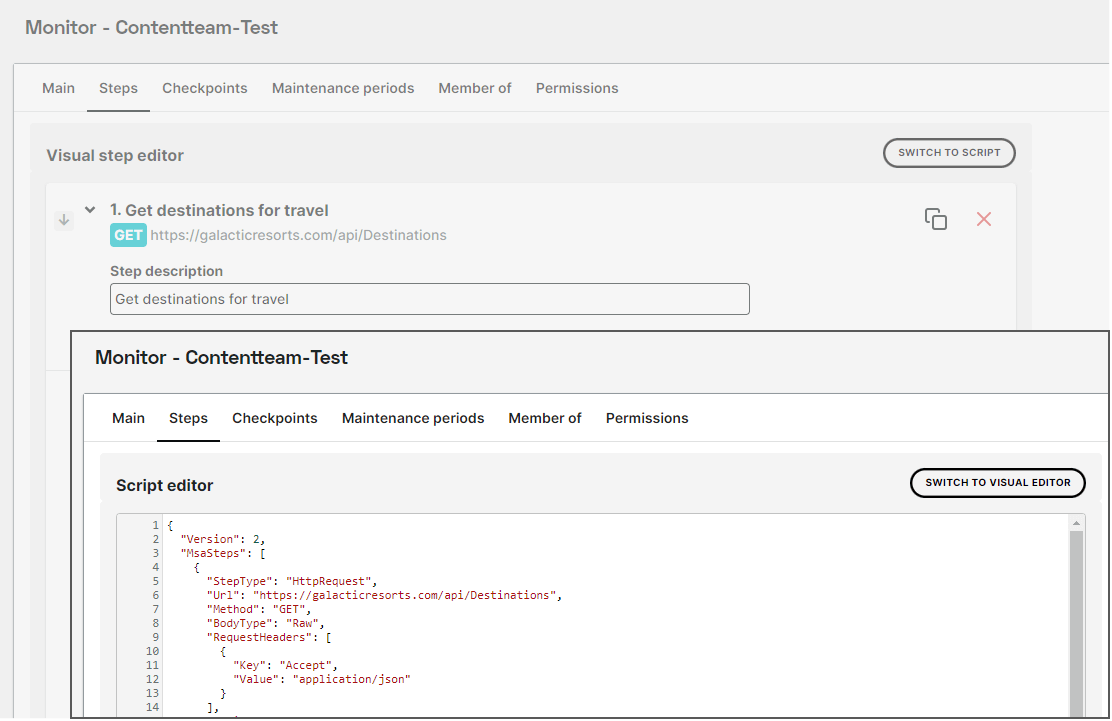 The JSON source can be saved outside the Uptrends app to reuse it later; for example, to create duplicate or similar monitor steps. You could even use it to automate the generation of steps in monitors or to change them at a larger scale.